What’s in it, and how could its passage affect the muni market?

When the Senate passed a bipartisan, $1 trillion infrastructure bill in August, it marked the first major legislative movement on infrastructure since 2009’s American Recovery and Reinvestment Act – and if signed into law, it could have a significant impact on state governments and the broader municipal market. But how likely is it to pass? And what about the $3.5 trillion reconciliation bill that’s been making all the headlines? Tom Tzitzouris, Strategas’ Head of Fixed Income Research, answers these questions and more in our latest muni market update.

Let’s start by discussing what’s in the two infrastructure packages.

The Biden administration has decided to pursue their fiscal policy goals with two separate infrastructure-related bills – a $1 trillion bipartisan package and a $3.5 trillion reconciliation package.

The bipartisan package is focused on physical infrastructure – roads, bridges, highways, even broadband. Aggregate spending for this bill comes to roughly $1 trillion over five years, with about $550 billion in new spending. This bill is largely paid for through the reauthorization of previously passed federal infrastructure spending plus other funding sources, like unspent COVID-19 relief funds, the sale of oil from the strategic petroleum reserves and a cryptocurrency tax provision, though the bill as written would also increase the deficit by $256 billion over 10 years. This bipartisan package passed the Senate in August with the vote of 69 to 30 and now awaits passage in the House.

The reconciliation bill is a Democrat-only bill that Republicans will almost certainly all vote against. It includes measures that were either too costly or too partisan for Republicans to support in the bipartisan package. It includes roughly $3.5 trillion in total spending, with $1.75 trillion in individual and corporate tax increases and $1.75 trillion adding to the federal deficit. This bill is focused on so-called social infrastructure and could include provisions like an extension of the expanded child tax credit through 2025, an extension of expanded ACA premium tax credits, affordable housing and clean energy credits.

What is the likelihood of either bill, or both bills, passing?

It’s hard to say. Both paths are probably equally likely, but my gut tells me we're going to go the reconciliation route. In my opinion, there's very little incentive for Republicans in Congress to show any support for a bill that could take pressure off the Democrats right now, which makes me think the bipartisan route wouldn’t get enough votes to pass. That tells me the Democrats will need to go it alone through reconciliation.

What would passage of the bipartisan bill mean for the municipal market?

Given that infrastructure spending has traditionally fallen on the states with greater federal aid, we’d expect to see fewer financing needs at the state level, but I'd say not all spending areas will directly benefit municipalities. For example, in the bipartisan bill, there's a good amount of spending for Amtrak, and that will obviously be going toward Amtrak rather than municipal agencies. The bipartisan bill also includes the authorization of private activity bonds, so things like carbon capture and broadband projects will be eligible for this, but that itself isn’t likely to take much stress off municipal finances.

In addition, the bipartisan bill would also reauthorize the BUILD Act. The BUILD Act increases the cap on tax-exempt highway surface and freight transfer facilities from roughly $15 billion to $30 billion. Raising that cap is viewed as facilitating more private–public partnerships for states and local governments, though again, that's not necessarily going to take much of the burden off state finances.

So while the bipartisan bill should in theory provide some breathing room for state agencies to engage in traditional capital spending and financing needs over the remainder of this decade, not everything is what it seems. Some of this money would go to areas that states wouldn’t have been spending money on in the first place. Still, that leaves quite a substantial amount of aid to states.

So big picture, what does it mean for the muni market in general? You’d probably see fewer state financing needs over the next three to five years than you’d have otherwise seen, but it's not going to be the full amount. It's going to be a smaller portion of that headline number.

What about the reconciliation bill?

The reconciliation bill is hard to comment on because we don't have a final bill yet. Still, we have some indication of what Congress is looking at. On September 15, as part of their ongoing budget reconciliation process, the House Ways and Means Committee passed out of committee some items related to munis, like advance refundings and bank qualified limits, as well as their tax measures. Moderate Democrats have demanded that in return for any individual tax increases, the state and local tax deductions, or SALT deductions, would have to be looked at – these deductions were eliminated with 2017’s Tax Cuts and Jobs Act. A full reinstatement of SALT through 2025 (when the TCJA expires) is unlikely, as at about $90 billion per year that’s quite expensive, but we do expect at least a partial reinstatement of SALT. That could take the form of a more generous exemption level, for instance.

We also expect the reconciliation bill to raise tax rates, including the top marginal tax rate to 39.6%. So we don't believe that the qualified dividend and capital gains tax rates will reach parity with ordinary income rates, at least for those over $1 million. We’d also expect the capital gains tax rate to be 25% plus the 3.8% net investment tax for a 28.8% tax rate. The House legislation currently has a 26.5% corporate tax rate and a 16.5% tax rate on U.S. multinational income, though we believe the final compromise will land a little lower, somewhere near 25% and 18%, respectively.

It seems like there’s a reasonable chance that neither bill passes. How would failure to pass affect the municipal market?

To answer that, let’s first go back to early March. At the time, we were in the middle of a bond market tantrum, driven in part by fear of runaway Treasury supply, and the Biden administration began to turn up the volume on tax hikes. To no one’s surprise, as Treasurys begin to really sell off and expectations for tax increases begin to increase, you saw munis starting to outperform.

Fast forward to today, munis have softened a little bit relative to Treasurys, which is a pretty good indication that the Biden administration has lost significant political capital over the last two months, and that tax increases are going to be hard to justify. To me, the market is saying we're not likely to get the best possible outcome from munis, which would be blank-state aid bordering on $3 trillion over the next 10 years, paid for entirely with tax increases on corporations and individuals within the highest tax brackets. That would have been fantastic for munis, particularly for state governments, because it would have provided an enormous amount of liquidity at a time when their borrowing advantage in the Treasury market was reaching a multi-decade high.

So where does that leave us? While there is still the very real possibility that neither bill could pass, we’re still in the camp that at least one will get through. But it’s worth remembering there are other political forces in play too: While these negotiations are going on, Congress has until October 1 to extend appropriations to avoid another government shutdown (circa 2013), plus we have a looming debt ceiling crisis that, if unresolved, could once again downgrade the credit of the U.S. government (circa 2011 and again in 2013).

So between the two infrastructure bills and these twin fiscal cliffs, there’s a lot of work to be done and not a lot of time to do it. The debt ceiling is particularly a concern for munis: If there’s another standoff and it doesn’t get raised, you're probably looking at risk-off in general, which would disproportionately hurt munis relative to Treasurys. Those things would probably take precedence over what is happening in the muni market at that point – we absolutely have to have a deal.

Is there energy on the side of the Republicans in Congress to raise the debt ceiling?

Oh, I think so. Right now we’re at a stalemate: Treasury Secretary Yellen says the debt ceiling needs to be raised in October, while Republicans believe we could make it until some point in November. But eventually we will reach the point where we need to raise the debt ceiling. The politics around shutting down the government has backfired on Republicans before. I think they will be inclined to budge, but it's probably not going to happen in the next few weeks.

Are there any upcoming bills related to munis that we should be thinking about?

Something we’re keeping an eye on as far as munis go is the restoration of tax-exempt advance refundings, which as we discussed didn’t make it into the bipartisan bill but could end up in the reconciliation bill. It's something both Republicans and Democrats have spoken favorably about, including current Transportation Secretary Buttigieg. Municipal lobbyists are also trying to include an expansion of bank qualified bonds as well as direct-pay bond programs, so these also might find themselves into the reconciliation bill. We won’t know for sure until we see the final bill.

One last question: Any thoughts on Jerome Powell's reappointment?

Since the start of the year, I’ve been saying the odds are better than 50-50 that he's gone. But as President Biden's own approval rating has sunk, Jerome Powell's chances of being renominated have risen. I now think it's almost a certainty that Powell is going to be nominated again – even the progressives who have been advising him to replace Powell are saying, “This is not the battle to fight today.” Maybe he’ll move Lael Brainard into one of the two Vice Chair positions that are opening up, like the one that chairs the supervision of banks – that will ease some of the pressure he’s getting from progressives. I will say, if Powell were reappointed this year and Biden wins re-election in 2024, you'd have to assume Powell's gone in 2026. 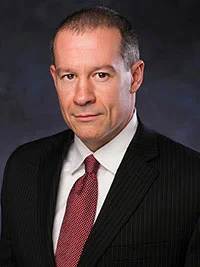